Dr. Patrick spent more than 14 years working in the mining sector, setting up occupational health departments and new clinics and ensuring their compliance with both Congolese and mining legislation. Appointed as an Occupational Doctor by the Congolese Ministry of Health and skilled in “Advanced Life Support” through the American Heart Association Southern African Academy, Dr Patrick has a wealth of experience and knowledge in the health sector.

Dr. Patrick joined Kamoa  in 2010, gradually building up the health department from the early exploration days, through to the construction phase, and managed it almost single-handedly until 2020 when additional resources were brought in to help manage the Covid-19 pandemic. 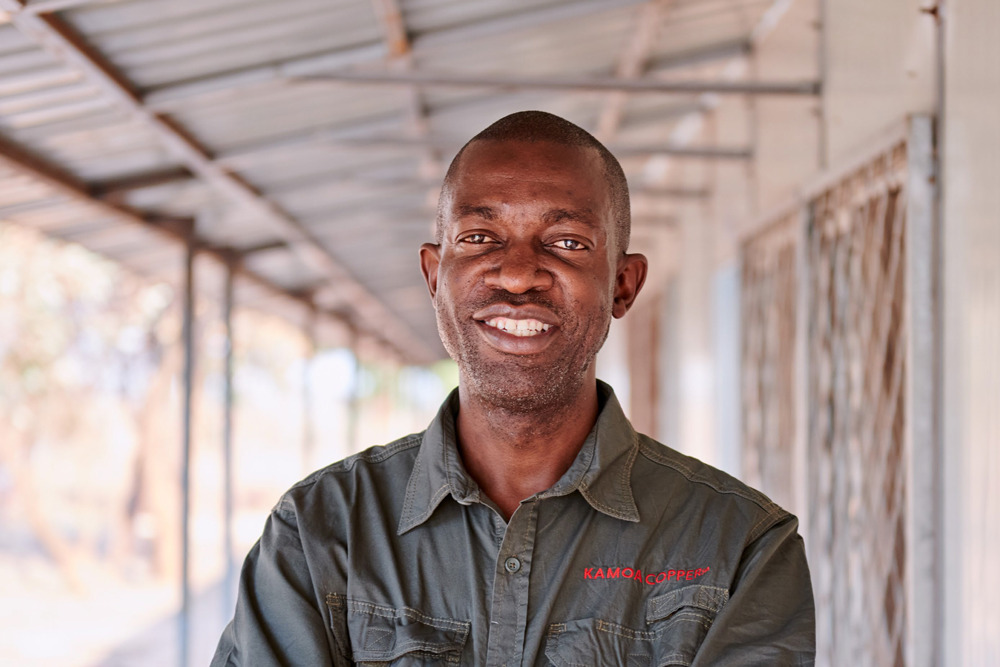 Under Dr Patrick’s guidance, Kamoa implemented a HIV counselling, voluntary screening and awareness campaign in October – November 2021. A total of 7,105 Kamoa employees were sensitized via meetings and safety talks regarding the importance of knowing their status, as well as the preventative measures and causes of HIV. Employees were encouraged to get tested with the assurance that they would have access to world-class treatment facilities and support in the case of testing positive.

Following pre-test counselling sessions across the various sites, a total of 1,667 employees were tested. After the 30-minute testing period, employees participated in a second counselling session and received a certificate of HIV test completion. To further support the campaign, 58,776 male and female condoms were distributed across all the sites.

“The HIV campaign was a big success. Many employees, including contractors, had not previously received important information about HIV/AIDS. The testing acceptance rate was good (23%), considering that it was the first time that many new employees were being exposed to HIV/AIDS awareness. People were initially hesitant to test because they thought they would lose their job if they test positive for HIV, or that HIV is a death sentence. The HIV/ AIDS awareness campaigns that we develop aim to change this misconception.” – Dr. Patrick Kasongo.

In December 2021, the National HIV/AIDS Conference was held in Goma. This conference, which takes place every two years, is a forum for public and private organizations to share their experiences regarding their HIV/AIDS approach and initiatives, as well as to collectively evaluate the effectiveness of the response in the fight against HIV/AIDS. The Lualaba Minister of Health attended the important event where the successes and learnings of Kamoa’s HIV/AIDS campaign were shared, highlighting the role and support of management in the campaign.

In 2022, Kamoa’s health team, in collaboration with the National Programme of the Multisectoral Fight Against HIV, will launch a campaign to raise awareness of HIV by sensitizing, testing, and providing adequate treatment and support programmes.